Many Branches Rooted Deep in Practice 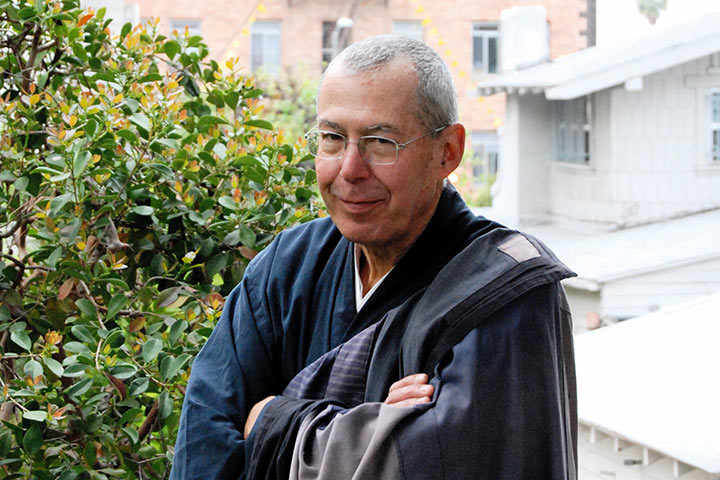 Sensei Gary Koan Janka, Roshi Egyoku’s sixth successor, recently zoomed in from Santa Barbara to talk about his 47-plus years of practice. Here are some highlights from that conversation with Roshi Ryodo and the Sangha.

When I started practice, the issue of desire and aversion kept nagging at me. It was what I wanted to accomplish as a Zen student. Desire is the wanting of something and aversion is having something you don’t want and can’t get rid of. It’s a fascinating thing to spend your life working on. Even now I find a desire for something arises to the surface and stops me in my tracks. How many years have I been doing this and I’m still experiencing desire? And why not? That’s what we’re programmed to do. The important thing is to see what’s happening and to choose a different path. We don’t need to cave in to every desire.

The most critical thing is awareness. If you’re not aware of what you’re doing and how you’re doing it, then the chances that you’re going to change anything are pretty slim. You’ve got to be able to see it and to recognize it for what it is. And then after seeing it, you have to own it. I realize that’s kind of a hackneyed phrase these days but you really need to know that “I’m the cause of that.” The Buddha taught us in the form of the Noble Truths. So I would encourage anyone who is so inclined to devote him or herself to this issue of desire and aversion. Otherwise they will just continue to run your life like a hamster in a cage and you’ll never know any peace.

The most critical thing is awareness.

I’m a big fan of trees. It started several years ago when someone gave me a little Christmas tree that had outgrown its pot, hoping that I would plant it. I did, and I planted several more after that. Unfortunately, I didn’t know the developer was coming and all the trees I had planted were plowed under. But that didn’t stop me. I simply found better places to plant trees. I was looking for a way that I could impact global warming directly, and, what came up for me was planting trees. If you plant a tree, you sequester about one ton of carbon. If you want to heal the earth, plant some trees. I’ve planted fifty trees around ZCLA – and I’m closing in on about 365 in Santa Barbara. Some of those are street trees and the rest were planted in an open space named Honda Valley Park. The city recently opened up a couple of new open spaces where, hopefully, I can plant some more trees. 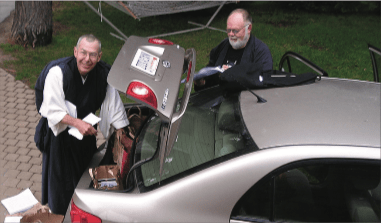 I’ve really enjoyed my prison chaplaincy work. I first went to the Men’s Central Jail with Sensei Nagacitta Buckley and after one bite, I was kind of smitten by the practice. I honestly don’t know what the final outcome has been. I don’t know how many hundreds of men and women I’ve talked with, counseled, given reading materials. I don’t know where they are or what’s happened to them. There are two or three who are now out of prison that I talk to, but the rest of them, I have no idea where they are. People say “Oh what a shame that you can’t see a better picture of the results you’ve gotten.” That would be nice, but I liken my prison work to crossing Iowa in a car, and every once in a while, you stick your hand out the window and scatter seeds along the way. I have no idea where my seeds have wound up. I just do it with the faith that somebody somewhere at some point in their life, something is going to click and they’ll say, “Oh, I remember that. Sensei Koan told me.” Hopefully, I would have served that person in a beneficial way. In addition to the county jail system, I‘ve spent some years going back and forth from the California Men’s Colony in San Luis Obispo, the Avenal State Prison in Kings County, and the Pleasant Valley State Prison in Fresno County. It was just a long haul out there on a Friday night. It would take me about four hours to get home, so after a while I kind of set that aside.

What happens when we die?

The honest answer is I don’t really know. But, I can share what I’ve experienced and learned from others. Not long after beginning my practice, I asked Maezumi Roshi, “What happens to us after we die?” He replied, “Nothing happens. You’re dead.” If you’re looking for something a little more scientific, then you’ll be interested in learning about the Law of Thermodynamics. It tells us that everything we are and everything we have is moving toward entropy. In other words, it’s becoming useless energy. So when something has completely fulfilled its destiny, there’s nothing left. It’s all been used and absorbed by the entity that was working with it, or, the system of which it is part. At some point even the sun is going to burn out. As the energy works itself out and away – in whatever process that is – eventually this gets to the point where there is no useful energy left.

If you want to heal the earth, plant some trees.

In the Eightfold Path, the Buddha talked about two kinds of meditation: mindfulness and samadhi. In Zen, we tend to focus on samadhi and not spend a whole lot of time on mindfulness. And yet, try tying your shoes with one hand. It works a lot better when you use both hands. Mindfulness practices deal mostly with here and now experience. When someone is in pain, it helps to locate where they’re feeling something. Emotions always have a locus in the body. For example, we get headaches in our head, a runny nose in the nose, heartbreak in the chest, and so forth. By focusing our attention over and over again, we learn to spend more and more time in the present. It also helps us explore desire and aversion with a clear mind.

Samadhi, on the other hand, leads to the development of intense concentration. It is the last, or eighth, of the Eightfold Path. There are a number of nuances in the various definitions so I suggest you read several of them to develop a deeper and wider understanding. This one is a good place to begin: a state of intense concentration achieved through meditation. In Hindu yoga this is regarded as the final stage, at which union with the divine is reached (before or at death). 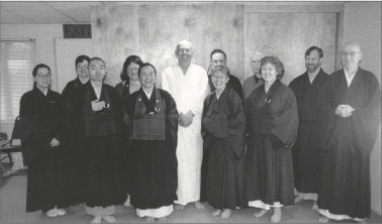 What do you do when anxiety arises?

Certainly, stopping and taking deep breaths calms us down, and that’s a very happy thing that it does. And this is where mindfulness meditation takes the lead. When you start paying attention to feelings, you’ll find first of all that they arise for what we consider to be a good reason, but that isn’t necessarily the case. The feeling of anxiety arises, stays for a while, and then fades away, and then something else (like anger) comes along. But the skill, the upaya, comes along, allowing you to feel it at the level of bones and marrow and fingernails – to get down to the level of that experience. And the quicker we can recognize what’s going on, the quicker we can take helpful action. (Hint: most have to do with reproduction.) For starters, it’s important to appreciate that emotions all have a function. Seeing that function is the best starting place. Once you are clear about that, you can deepen your ability to successfully work with feelings.

Emotions always have a locus in the body.

There are several things that we keep coming back to. One, of course, is how to deal in a confident, competent way with feelings. I realize that that’s not strictly a Zen process. In fact, I think a lot that’s going on in our society is kind of an amalgamation of not only various forms of practice but also the Western approach to psychology. You’re seeing more of that commingling, and each has upayas to offer. I see them as complementary: My recommendation to someone wanting to become a teacher is to do both.

After 50 years, do you ever find it difficult to stay present?

When my brain wanders, it snaps back fairly quickly. I don’t have many complaints in that direction. In fact, I’m trying to think of what distracted me in the zendo. If someone stepped on my foot, I might respond. Just the ability to be present is a gift which has helped me be much more patient than I used to be. It’s a lot more effort to deal with a distraction than it is to keep sitting. I’ve learned to appreciate not just my practice, but the people I’ve lived with. I appreciate when I get to go out on a nice foggy morning and take a walk and somebody makes pancakes for breakfast. I find, in fact, that I appreciate the smaller things in life, the things that really matter. 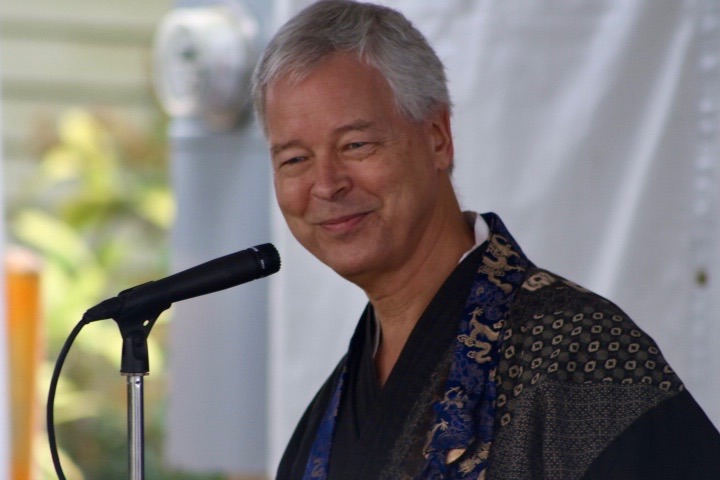