How Meditation Helps in the Workplace 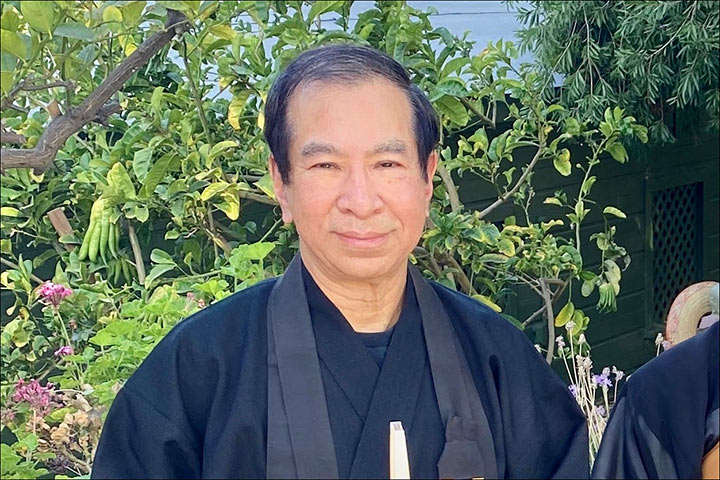 I introduced meditation to my company five years ago and have been sitting in weekly meditation with my employees for the last three years. I now want to sit with people from outside of my work and discuss how meditation can help in the workplace. I was very excited when I got permission to lead bi-weekly meditation sessions at ZCLA. The sessions include meditation, a work-related topic, discussions, and the Four Vows, followed by tea and cookies.

Not knowing who, if anyone, would show up for the first session, I was a little anxious. Five people showed up. After meditation, I introduced the Five Buddha Mandala and their corresponding elements of Foundation, Study, Resources, Relationship, and Action. The participants found the mandala to be helpful. One person was feeling anxious and not confident about her new business.  She learned in the session which area of the mandala she wanted to work on. Another participant mentioned he felt conﬁdent about his capacity in the Study and Resources area, but not so much in the Relationship area. A third person wasn’t sure which classes he should take when going back to college. Now he knew which ones to take.

In our next session, I introduced the material and spiritual aspects of work – meaning, we not only strive to earn a livelihood, but also to experience fulfillment from our work. One person couldn’t imagine any spiritual aspects of work while another mentioned both the possibility of it, as well as its importance, yet he saw difﬁculty in discussing spirituality at the workplace. A self-employed individual who had a deep sense of fulﬁllment in his work, had difﬁculty with the ﬁnancial (material) side of it.

In recent sessions, I have been introducing precepts which people have found could be related to everyday work. I noticed that discussions often start with different minds – Work mind, Success mind, and Zen mind. Work mind ﬁnds meditation boring. Success mind wants the best way to make money. Zen mind takes no interest in economic value. Yet, at the end of the discussion, they all seem lighter. They tell me that they simply appreciate the peaceful space of the Dharma hall. Regardless of the topic, all the participants have been fully engaged in discussions.

By the time we moved to the Sangha house for tea and cookies, we had let go of our particular mind and become curious about the other minds. The Work-minded person asks how he can attend the Sunday meditation program. The Zen-minded person starts asking about financial matters. We are fully energized and ready to engage in conversation, as though we had just been reunited with “long-time-no-see” friends.

I appreciate the opportunity ZCLA gave me to witness such small but positive shifts. I see that people aren’t necessarily expecting the perfect solution to their challenges. They just need a space or container where they can share and unburden their minds and hearts, even for an hour. I see that the Dharma hall itself presents such a space for all of us. Now I ask myself where will I go from here? What else could I offer? Am I doing it the right way? I don’t know for sure. What I do know is that I wish to keep introducing meditation to working people.

Born in Nepal, Etsugen received a scholarship to study engineering in Japan. After working in Nepal and studying further in the Netherlands, he came to the US, worked as a software engineer for 15 years, and established his software skills. He started his own software company and experienced a steady growth in business. Faced with a setback in his business after 9/11, Etsugen sought the advice of expert consultants. Unable to find satisfactory answers, Etsugen studied Inamori management principles and began Zen meditation. Based on the Inamori principles and sitting together with employees, he was able to make his company proﬁtable while turning it into an employee-managed-and-owned company. Inspired by Roshi Bernie Glassman’s work at Greyston, Etsugen has made his company a certiﬁed B-Corp with service to the community as its mission.