Reflecting on the Teachings of Dr. Martin Luther King Jr. 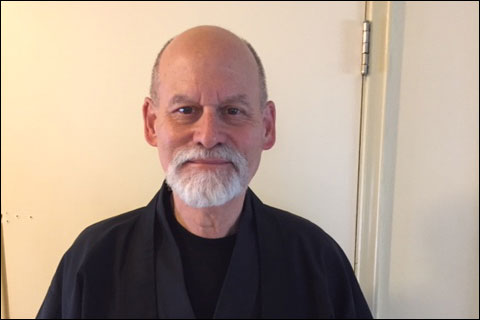 Many of us are engaged in the ongoing struggle for social justice such as helping the homeless, supporting immigrants, advocating for LGBTQ rights, combating racial/ethnic bigotry, healing the environment, and ending violence. In today’s politically divided society, with the sharp rise in hate speech/action and the continuing oppression of marginalized peoples, it is difficult to avoid frustration, bitterness and anger. However, our Buddhist Precepts and the teachings of Dr. King offer guidance in challenging times.

In preparing for our January 11th Day of Reflection focusing on the life and legacy of Dr. King, I noted the interconnection between our Buddhist Precepts and aspects of Dr. King’s teachings. The recognition of “oneness and diversity” – that we are not separate from all that is – that we are committed to fully experiencing both the joys and pains of the universe. That ultimately, our efforts must be grounded in love and compassion.

In “Stride Toward Freedom,” Dr. King summarized his Principles of Nonviolence:

Dr. King advocated nonviolent resistance to combat injustice; but what specific actions should we undertake? Here the Three Tenets of Not-Knowing (dropping our preconceived ideas and prejudices), Bearing Witness (engaging in a deep and profound observation of all the ingredients of a situation); and then Taking Action (based on Not-Knowing and Bearing Witness) provide us a pathway.

I am personally involved in supporting immigrant rights. Despite the harsh rhetoric and cruel policies employed by the current U.S. administration toward immigrants, I am heartened by the actions taken by so many. Actions that illustrate both courage and wisdom. My grandniece, and her organization Cosecha (“Harvest”), participated in a hunger strike in Tijuana to focus attention on the harsh and illegal treatment of immigrants seeking asylum as they flee extreme violence. Their actions galvanized an outpouring of support in the form of food, clothing, sanitary and medical supplies, and legal assistance. Another young “Dreamer” friend (undocumented and attending Cal State Los Angeles) refused to hide in the shadows. Her fellow Dreamers secured resources and established the Erika J. Glazer Dreamers Resource Center on campus to promote the success of undocumented students.

The Buddhist community has also engaged in supporting immigrants. Drawing on the experience of the internment of Japanese Americans during World War II (including the imprisonment of Buddhist priests), the Buddhist community has joined forces with Japanese, Latino and Native American activists to protest the internment and separation of immigrant children and families. In one action, ZCLA’s Roshi Egyoku and Jitsujo joined hundreds of others in a nonviolent social action in Oklahoma to protest the planned use of Fort Sill (a military base previously used to incarcerate Native and Japanese Americans) as an internment camp for immigrant children. For now, the plan to use Fort Sill has been stopped. Many members of ZCLA supported the Fort Sill protest by making origami cranes (a symbol of hope and healing) that were displayed at the protest.

Dropping our preconceived ideas, we bear witness to the courage of the victims of injustice and their allies. We are all one in this struggle. As Solomon Burke sings in “None of Us Are Free”:

Our Buddhist Precepts and Dr. King’s Principles of Nonviolence call us to act and provide a road map for employing “skillful means.” We all do what we can: some march, some participate in a hunger strike, some donate money, and some of us make origami cranes. 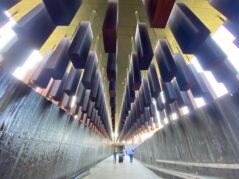